I followed this tutorial by Polyfjord to create the simulation. It’s pretty straight forward and easy to follow, and I changed a few of the values to be better for my video. The main thing I modified was the pendulum frequency such that a full cycle for all ten pendulums was under a minute.

When I first saw that, I thought it was pretty cool. Don’t @ me.

I created this the day before I rendered it (because I was too lazy to render), but it actually took a lot longer than I thought. At first, I rendered this with Eevee at 256 samples, but each frame took 1.5 seconds and it was 1 AM. After 10 minutes of this, I switched over to 128 samples and effectively cut the render time in half. 3142 frames at 60 frames per second is just over 52 seconds, which is short enough to be an Instagram video.

The music is White Palace - Hollow Knight OST by Christopher Larkin, which comes from an amazing game that you should check out. I still need to figure out the ending screen, but it’s good enough for now.

Here is the final video! 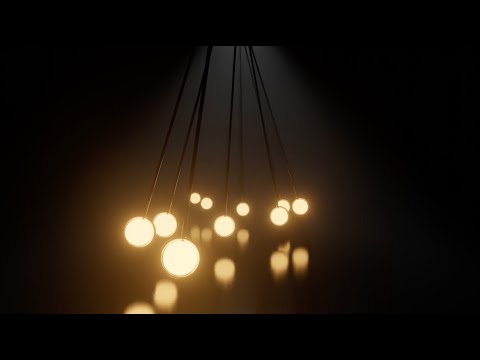